View cart “BeatStep” has been added to your cart. 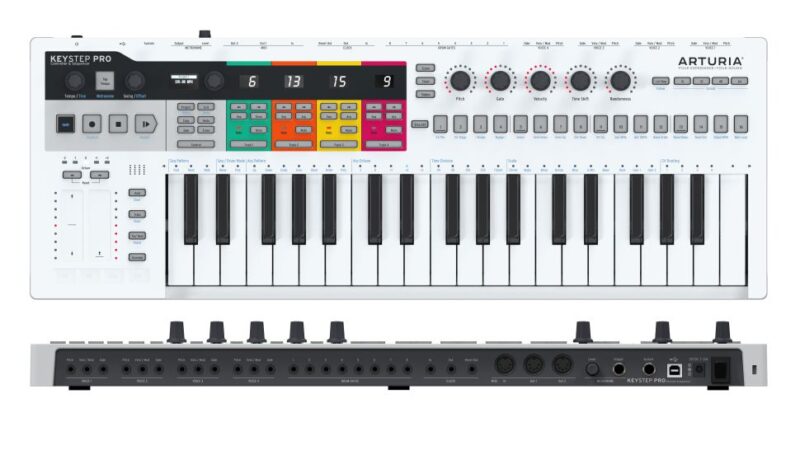 The Arturia KeyStep Pro (White) is a 37-Note velocity-sensitive Keyboard with Aftertouch, and a successful combination of Arturia’s controllers KeyStep and BeatStep Pro. 4x tracks can be played in parallel and send their notes and commands to a total of 2x MIDI Ports, 8x Drum Triggers and 4x CV/Gate/Velocity outputs. The Arturia KeyStep Pro’s CV Outputs can be linked together, making it possible to play a rich Modular System of 4x Voices. Polyphony is also output via MIDI. The analogue Clock/Reset Inputs and Outputs can be used to synchronize a pre-MIDI Drum Machine, a Teenage Pocket Operator or the Sequencer of a Modular System. The Metronome built into the KeyStep Pro is output as an audio signal and can be conveniently monitored via the Mixer or Headphones. An Arpeggiator and Random function round off the Controller, which is optimized for live and direct access.

Be the first to review “Keystep Pro” Cancel reply