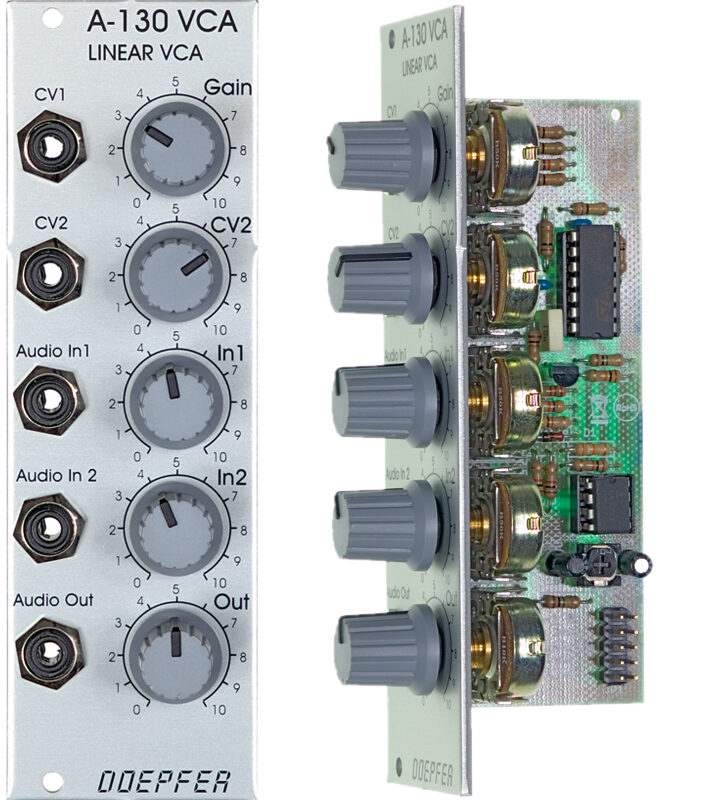 Modules A-130 and A-131 provide voltage-controlled amplification. For audio signals, you would normally use the exponential VCA (A-131), and for control voltages, the linear VCA (A-130). It doesn’t always have to be that way, though.
The amount of amplification the VCAs provide is determined by the voltage at the CV input, and the position of the gain control, which sets the overall gain in the system.
The VCA has two audio inputs, each with an attenuator. They are amplified by an amount determined by the combination of the gain and the two CV controls.