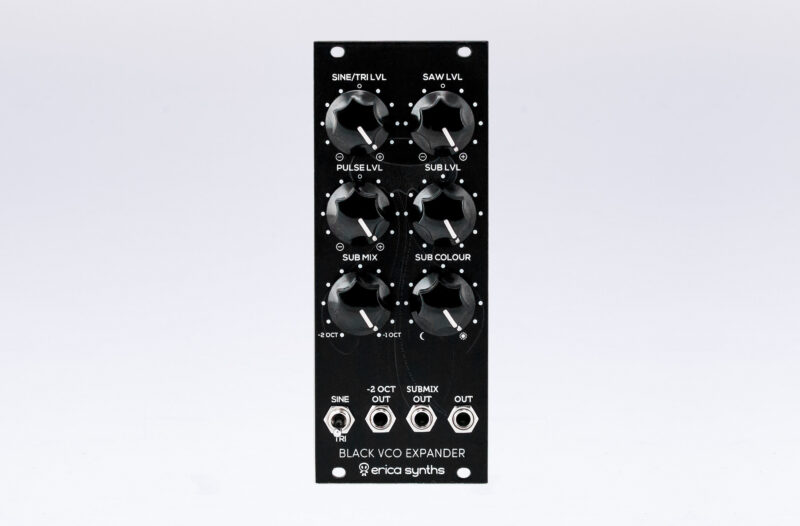 Erica Black series are high-end modules with unique functionality. Only the highest quality components are used and all inputs and outputs are protected against undesired overvoltage. When designing the Black Series, we did not economise on the module width, we put design and usability first. Big knobs are assigned to functions that make difference in sound. Together the Erica Black series are a range of modules that make an entire synthesizer.

NB! This expander module can be connected only to Black VCO and Black VCO2. It will not work as a standalone eurorack module.

Be the first to review “Black VCO Expander” Cancel reply