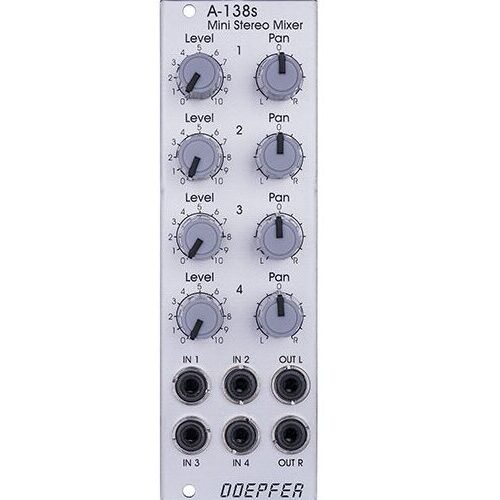 simple but useful 4-in-2 mixing tool

Beyond stereo mixing it is equally suited to create variable parallel routings. For example: Any of the four inputs may be routed in variable intensity to feed two filters.

You may regard the A-138s as a smaller version of the A-138m Matrix Mixer.

Inputs and outputs are DC coupled, i.e. the module can be used for the mixing of control signals too.