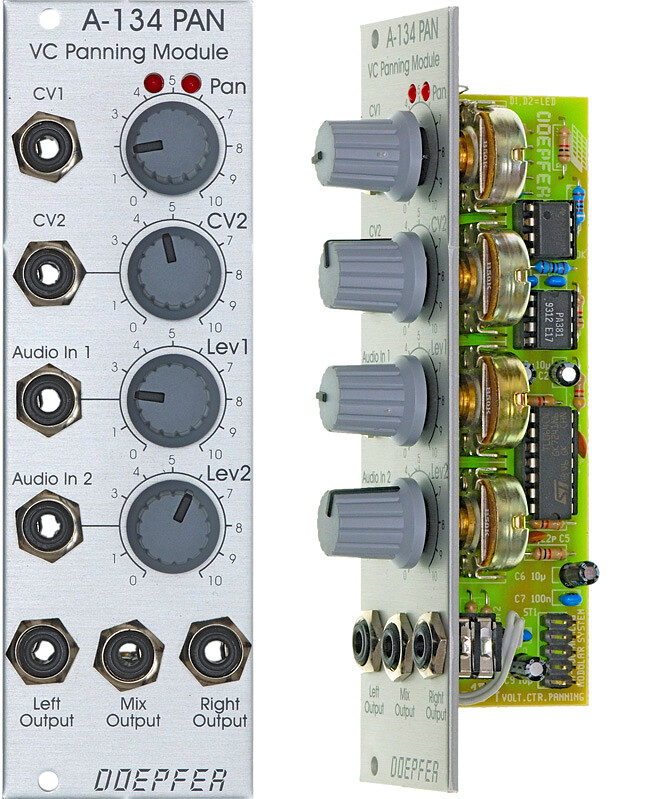 A-134-1 has an audio input with attenuator for each VCA. If the audio input of VCA2 is not used the audio input of VCA1 is connected with audio in of VCA 2, i.e. the sockets are “normalled”. The module has three audio outputs:  Left Output (VCA1), Right Output ( VCA2) and Mix. For Panning applications the outputs Left Out and Right Out are used. If the module is used as as Crossfader the Mix Output functions as output.

These VCAs are able to process even slowly varying control voltages: