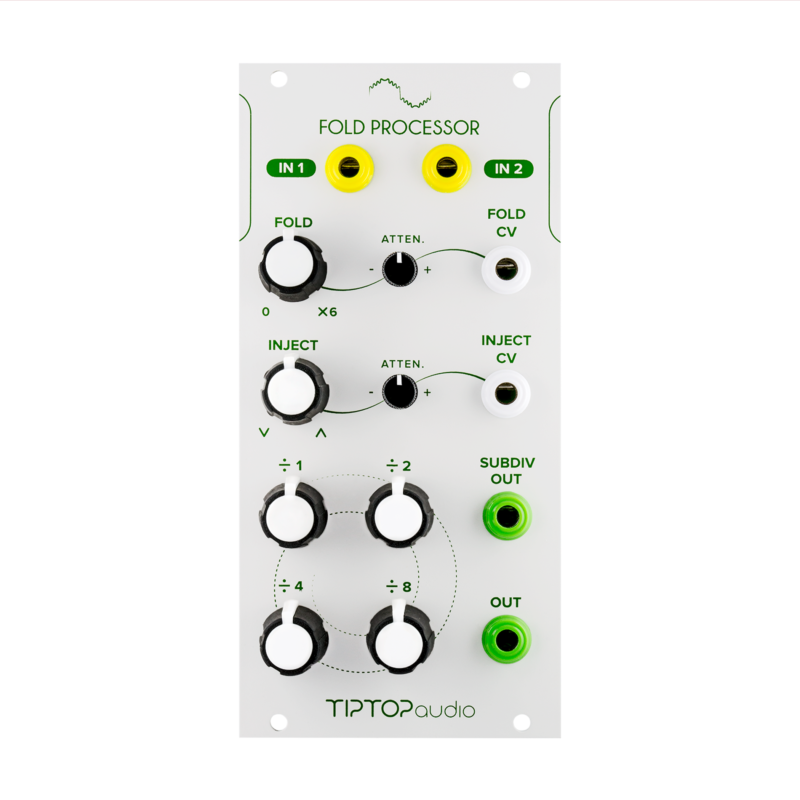 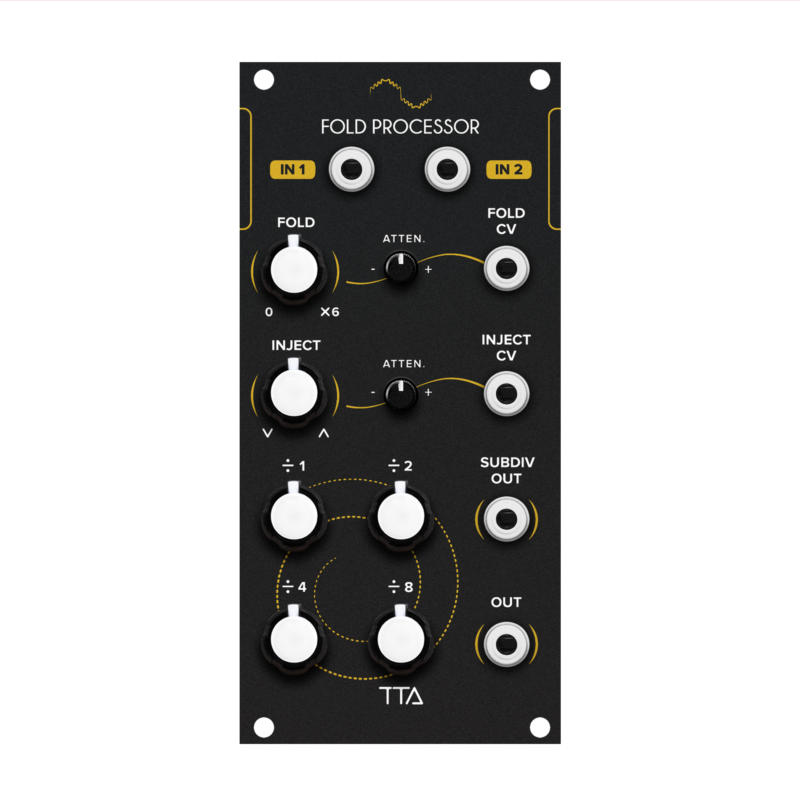 The Fold Processor is a voltage-controlled wave multiplier and sub-octave generator. The circuit is based on a classic diode design that adds odd harmonics by folding the incoming signal, followed by subdivided square waves.

The subdivide generator squares the fold output generating 4 more sounds spaced one octave apart, each with its own gain knob and mixed to the Subdivide output jack. Mixing the four can create anything from discordant square wave swarms to sweet harmonic oscillator stacks, from a stable square version of the folded wave to freaky PLL-like glitched slides.

Overall results can sound evil at times and sweet at others, a true multi-faced devil.

Be the first to review “Fold Processor” Cancel reply