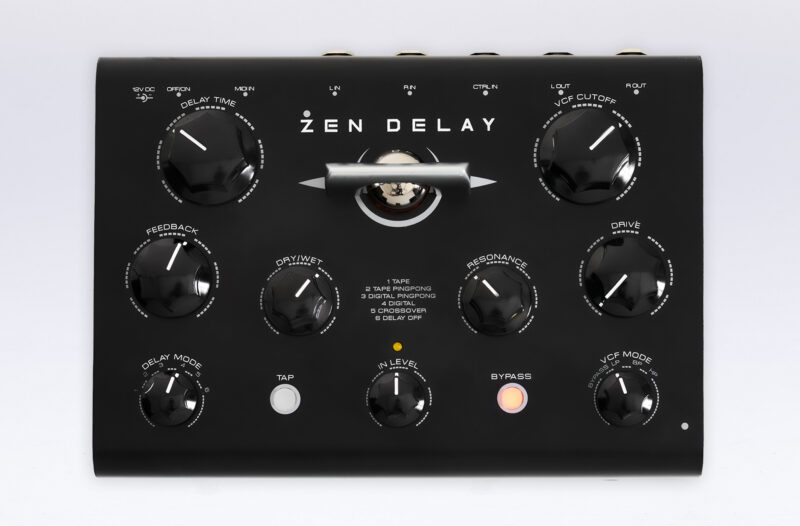 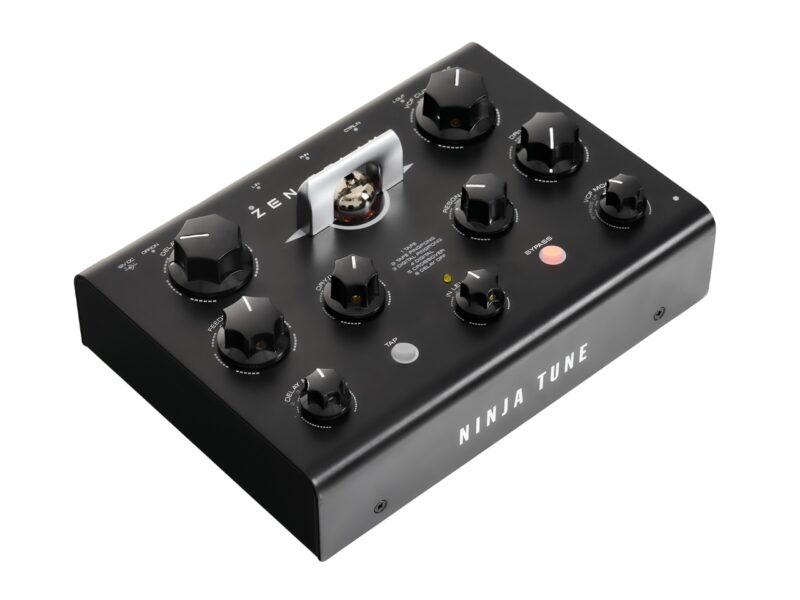 Ninja Tune – an English independent record label based in London and Erica Synths have teamed up to create a custom dub delay effects unit – the Zen Delay.

Bringing together the best of the digital and analogue worlds, the Zen Delay is a BPM-synced stereo delay line, combining extreme feedback ranges for dub and experimental lo-fi effects with a multi-mode 24 dB synth filter and valve overdrive.

Created and manufactured by Erica Synths, the unit is housed in a metal case with Erica Synths’ signature bakelite knobs and a valve circuit for extra analogue warmth. While sonically versatile, it is incredibly easy to use — each function has a physical knob that you can play around with without diving into manuals or scrolling through menus on a tiny screen.

Crafted in close collaboration with DJs and producers, the Zen Delay was uniquely developed with both live and studio use in mind and is suitable for many different performance situations, musical styles and instruments. While most delay devices are designed as ‘stomp boxes’ for guitarists, the device is equally powerful in the hands of electronic music producers, artists and DJs, adding a unique, warm and powerful sonic character to drum machines, loops, vocals, synths, samples or any other source. Even full tracks or a live stereo mix can be enhanced by the combination of analogue and digital circuitry, breathing new life into iPad performances and giving traditional digital synths and drum machines a huge kick.

This is the kind of modern update I was looking for, and it’s instantly replaced my older circuit boxes. It’s a black box and it sounds incredible. – Actress

On the hardware side of things, Erica Synths are clearly highly experienced in the worlds of effects, delays, filters and valve circuits. The benefits of the brand’s extensive design and manufacturing expertise are obvious as soon as you remove the Zen Delay from its packaging: it’s a beautifully built unit, with a real sense of quality before you’ve even plugged it in. The world of synth-friendly delays is in a healthy state right now. The Zen Delay feels like one of the most fully realised offerings of the lot. It’s a brilliantly inspiring effect that brings your music to life in creative new ways.– Juno

What could have been a simple branding exercise has resulted in one of the best hardware effects of recent years. MusicRadar verdict: It’s not cheap, but the Zen Delay is musical, powerful and could become your secret weapon in the studio or the DJ booth.

Be the first to review “Zen Delay” Cancel reply