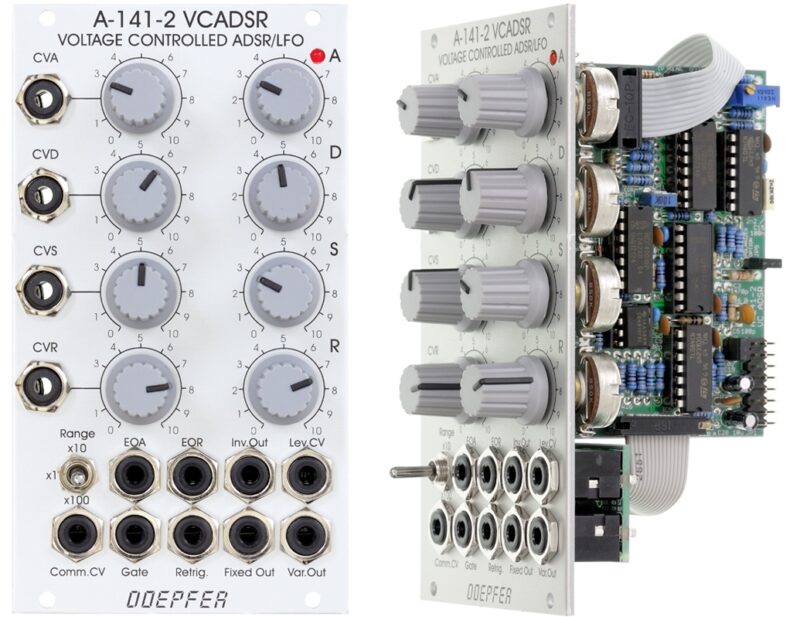 Module A-141-2 is the successor of the obsolete former VCADSR module A-141. Compared to the A-141 a lot of improvements and expansions have been added:
common control voltage input for all time parameters (A/D/R), range switch for three different time ranges, inverted ADSR output, additional output with voltage controlled level (i.e. built in output VCA), digital outputs for  End of Attack (EOA) and End of Release (EOR), EOR is e.g. required for the VCLFO mode.