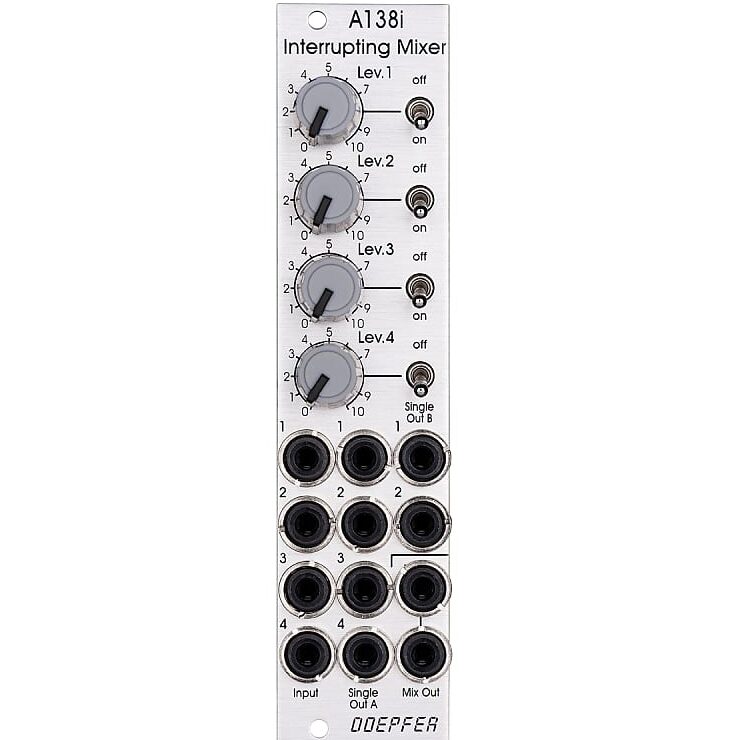 Module A-138i is a four channel mixer with an additional mute switch for each input. On top of that it is equipped with two types of single outputs and a dual mix output.  All inputs and outputs are DC coupled. Consequently the VCAs can be used to mix both audio and control voltages.
Each input is  – apart from the mute switch – equipped with a linear attenuator. The amplification range is 0….1.
The single outputs offer the attenuated and possibly muted signal of the channel in question. Two version of single outputs are available:

The distances between the controls and sockets are smaller as for the standard A-100 modules and rubberized small-sized knobs are used. In return the front panel has 6 HP width only. The module is primarily planned for applications where only limited space is available.

Be the first to review “A-138i Interrupting Mixer” Cancel reply