View cart “Hyrlo” has been added to your cart. 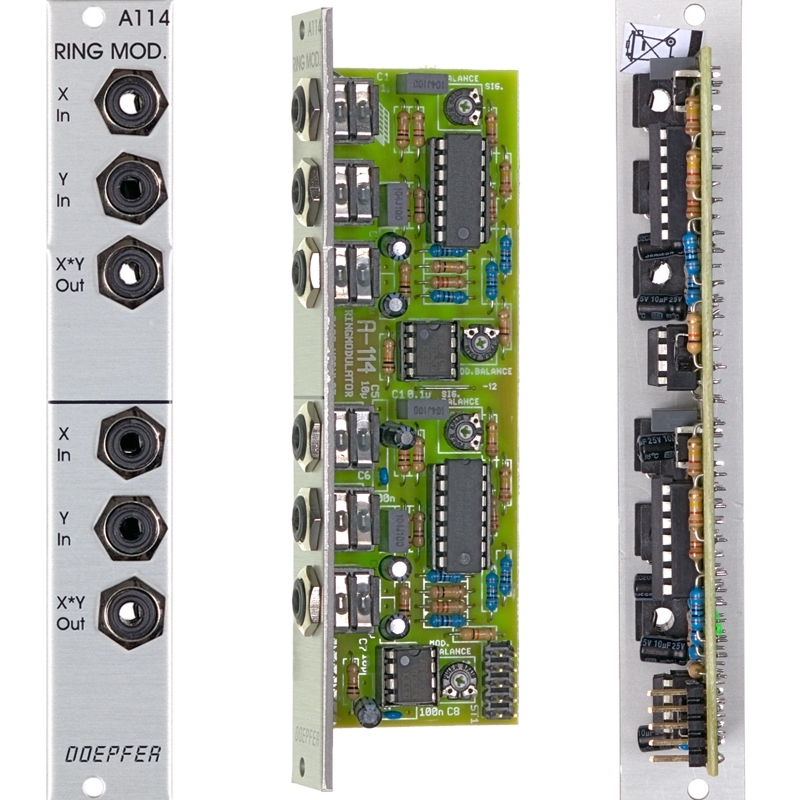 The inputs and outputs of the module are AC coupled. Consequently the module is suitable only for the processing of audio signals. A comparable module that is suitable also for slowly changing signals is A-133 Voltage Controlled Polarizer.

Be the first to review “A-114 Ringmodulator” Cancel reply